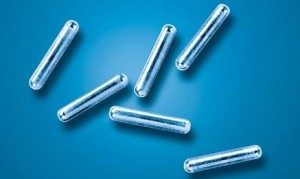 Brachytherapy involves the placement of radioactive seeds either into or near the tumour. This minimizes the exposure of surrounding healthy tissue to radiation during treatment. The technique, which does not require surgical intervention, has been shown to achieve complete remission and is regarded as one of the foremost methods of treating prostate cancer.

The main advantages of treatment with brachytherapy seeds include:

Brachytherapy is indicated in cases of cancer affecting cavernous organs. Patients with vascular restenosis may too benefit from the technique. Lately it has also been used to treat ocular malignancies.

Israel’s advanced Assuta Medical Centre has been offering the treatment for patients with the following diagnoses:

During treatment, radioactive beads (iodine-125, palladium or cesium) are injected into the tumour by a specialized hollow needle. This method allows therapy with high radiation doses, which are not achievable during “conventional” XRT. Exact dosages depend on the tumour’s stage. According to studies, on average, disease-free survival rate following the procedure is 10 years.

All specialists in charge of brachytherapy for prostate cancer programs in Israel had been trained at the top radiological centers in Europe and the US and have vast experience in the field.

When low-dosage brachytherapy is performed, the beads remain in the patient’s body indefinitely. The injection is performed under either spinal or general anesthesia and involves the introduction of 100 to 140 microscopic beads into the prostate. They continuously irradiate the tumour for several months, destroying it in the process. The technique has been shown to achieve long-term remission in 85 to 94% of patients. Only about 5% experience urinary tract or defecation-related side effects, though impotence is more common (seen in 20 to 50% of cases). After the radioisotopes decay, the beams remain in the patient’s prostate gland.

In high-dosage therapy, catheters are inserted into the prostate under anesthesia. Once their correct location has been confirmed (by means of MRI or CT) a radioisotope is introduced. Each brachytherapy session lasts between 5 and 15 minutes, with the entire treatment course taking only several days. The catheters are then removed. This therapy destroys 98% of all tumours. While technically somewhat more complicated, the rate of side-effect incidence is approximately the same as during low-dosage therapy.

Brachytherapy for prostate cancer allows hitting tumours with 3x radiation than during conventional XRT. This is why in some cases it can be significantly more efficient than a prostatectomy or traditional radiation therapy.