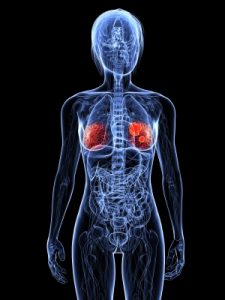 Prof. Bella Kaufman from Sheba Hospital’s Institute of Oncology, is considered one of Israel’s foremost experts in treating breast cancer. Her field of expertise is oncological diseases in patients with BRCA mutation. While her research has the most significance for breast and ovarian cancer patients, it is also used in treatment of other malignancies, such as duodenum or prostate cancers.

Roughly 1 in 40 Ashkenazi Jews is a carrier of the BRCA mutation. These mutations, which can also occur in other ethnicities (though not as frequently), are considered to be significant risk factors for cancer. They can be inherited from either parent and can be passed to children of either sex. Each child of a carrier has a 50% chance of inheriting the mutated gene). Carriers of BRCA1 or BRCA2 gene mutation are 10 to 30 times more likely to develop ovarian cancer and 5 times more likely to develop breast cancer than non-carriers. The mutations are also seen in every twentieth duodenal and prostate cancer patients.

What is a BRCA Mutation?

The BRCA genes are tumour suppressors. They produce proteins that help repair damaged DNA, keeping the genetic material of the cell stable. Each gene is comprised of two alleles (one from each parent). In carriers one of the alleles is damaged. When a malignant disease develops, the second allele stops functioning as well, rendering the DNA-repair process impossible. In such cases a cell’s ability to regenerate becomes dependent on a different mechanism related to PARP (poly ADP ribose polymerase). The drug Olaparib is a PARP inhibitor, which takes away the malignant cells' ability to regenerate and grow without affecting healthy tissue.