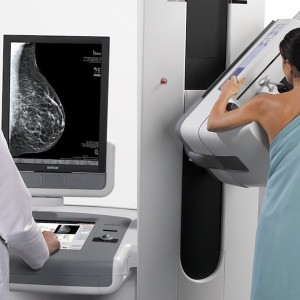 Breast tomosynthesis mammography (3D mammogram) is a revolutionary early breast cancer detection technique. For many years this could only be achieved by means of routine mammography scans. While mammograms have greatly improved the breast cancer survival rate, they are considered somewhat limited in scope, as their efficacy in detecting tumours is highly dependent on breast texture (test’s accuracy falls as the breast tissue’s density increases). Additionally, traditional scanning methods have been known to produce false positives, which caused physicians to refer their patients for unnecessary investigations and procedures.

Now there's a solution that overcomes the old method's shortcomings: An innovative visualization technique, which was dubbed by Time Magazine as one of most important health advances in 2014. Unlike regular mammography, which only provides 2D imaging of the breast, tomosynthesis can provide 3D images that are obtained by a moving X-ray tube.

The efficacy of 3D mammography (compared to 2D mammograms) was compared in 3 independent clinical studies (conducted in Italy, Norway and the USA), all of which confirmed tomosynthesis’ advantage. It was found to increase the rate of [[early breast cancer detection]] by 50%, while at the same time reducing the rate of false positives by 50%. It is also important to note that the increase in sensitivity does not involve an increase in ionizing radiation patients are exposed to during the investigation. The system also has integrated C-view capabilities, making it convenient to compare results with previous 2D mammography scans.